Peter started his career as an electrical apprentice in 1974 working for a company in Leeds, UK. He got started in the fire alarm industry in 1985 working as an install technician for one of the biggest security companies in the UK. He transitioned to the service department in 1987.

He moved to the USA in 1996 and worked for a small electrical contractor in Fairfax, VA, Fire Protective Systems, working for them for 8 years as a fire alarm technician. He moved from there to Alarm Tech Solutions in 2004, working initially as a senior technician before transitioning into the role of account manager in 2012. He left Alarm tech in 2016 to work for Life Safety Systems where his current role with them is Fire Alarm Technical Manager.

He lives in Bristow VA with his wife Marsha and their puppy Bella.

He enjoys working on his 1962 Cadillac Convertible, Traveling and Blues Music, which they often combine with the travel to go to blues festivals around the country.

He is NICET Level 3 Certified in Fire Alarm Systems and has a Bachelor’s degree in Electrical Technology.

Dana entered the IBEW Local 26 Apprenticeship in August 1985 and Graduated In 1989 as a Journeyman Electrician, In 1995 He began working exclusively on Fire Alarm Installations for Truland through Tech Inc., He then moved into the Fire Alarm Project Management in early 2005 and received his NICET 4 Certification in September 2005 (only having sat for 3 tests). Dana in August 2007 Started with Emcor Combustioneer and was in charge of their Fire Alarm and Sprinkler Service and Testing Group until 2013 when the Group was moved to Emcor Dynalectric and currently is working for Adcock’s Systems as a Project Manager for the Large Contracts Group. Dana also holds Electrical Master Licenses in MD, DC, and VA.

Being married with 4 Kids takes up most of the free time, He attends Boy Scout Troop 429 in Chesapeake Beach, MD with his youngest son who earned his Eagle Scout Rank, Dana is also volunteering as the Committee Chair for the Troop.

Andy Roe received a B.S. in Engineering Technology from Mississippi State University in 1981.  His Nicet Level IV certification in the fire alarm subfield was awarded in 1995 and it has never lapsed.  Andy has worked in the fire alarm industry since 1982 beginning his life safety career in New Orleans designing custom fire & gas detection solutions for offshore oil rigs.  He has been involved in nearly every aspect of the life safety business since then.  He has served multiple terms on the MD-DC-VA AFAA Board of Directors for many years working with all of the AHJ’s in the MD-DC-VA area and developing close working relationships with them.

I have been in the fire alarm and electrical industry for 20 years. As a son to an Electrical Contractor, Thomas began installing Electrical and Fire Alarm Systems, in 1999. While working as an Apprentice Electrician Thomas obtained a Journeyman Electrical License, in 2004. Following that, Thomas obtained a job laying out Fire Alarm Systems while pursuing an Electrical Engineering degree, in 2006. In May of 2007, Thomas graduated from Capitol College with a Bachelors of Science Degree in the field of Electrical Engineering. Thomas established TAN Fire Alarms in 2010 and has steadily grown the company, while assisting electrical contractors and end-users with their fire alarm needs. Currently a NICET Level IV certified Fire Alarm Systems Engineering Technician, Thomas is looking to give back to a fire alarm industry and help with the local organization.

Steve is the principal of an engineering company called the EES Group. Steve is a Master Electrician and Professional Engineer in DC, MD and VA and holds NICET Level 4 certification in Fire Alarm Systems. He graduated form Virginia Tech in 1987 with a degree in Electrical Engineering.

Steve is a 2012 graduate of Salisbury University with a bachelor’s degree in Business Communications and Marketing Management. He currently holds a certification for NICET I in Fire Alarm Systems. Steve has been involved in the fire protection industry for nearly 10 years and has been an active member of the AFAA since 2017. He is the Operations Manager for the NCR Division of Kinetix Fire & Life Safety, which provides design, installation, inspections, testing, service, and sales of fire alarm,  fire sprinkler, fire extinguishers, fire/smoke dampers, clean agent and kitchen suppression systems.

Steve began his fire protection career as an Accounts Specialist at Kinetix in 2013. From there he worked his way up through the ranks as a Project Manager and Sales Specialist for large campus Government and Military ITM contracts, as well as tenant fit outs and new system installations. He has been the Operations Manager since 2019 and oversees all project managers, field supervisors, and all field technicians while managing sales and the overall performance of the NCR Division. Steve is married with a son and a daughter and lives in Joppa, Maryland.

Aaron has over 20 years in the fire service working as a volunteer and career firefighter in West Virginia and Ohio before coming to Maryland to work in fire prevention and code enforcement. He has served as a fire inspector, plans examiner and as the Fire Marshal for the City of Rockville. He currently works for Montgomery County Maryland as a Fire Marshal/Plans Examiner in addition to coordinating training on their electronic plan review and submission programs. He also serves on the Maryland State Fire Code Update Committee and the Maryland State Fire Marshal Subcommittee working as part of the carbon monoxide alarm task force and the legislative affairs work group.

He is an NFPA Certified Fire Protection Specialist and hold NICET certificates in fire alarm as well. Aaron also works as an educator in emergency management owning a consulting business based in Ohio which reviews emergency operations plans, designs and conducts hazardous materials and weapons of mass destruction exercises for first responders and the military. He lives in Washington, DC and is an avid Chicago Cubs fan.

This website was prepared as a service to the MD-DC-VA AFAA community. Neither the MD-DC-VA AFAA nor any of its board members makes any warranty, expressed or implied, or assumes any legal liability or responsibility for the accuracy, completeness, or usefulness of any information, product, or process disclosed, or represents that its use would not infringe on privately owned rights. Reference herein to any specific commercial products, process, or service by trade name, trademark manufacturer, or otherwise, does not necessarily constitute or imply its endorsement, recommendation, or favoring by the MD-DC-VA AFAA. The opinions of the authors expressed herein do not necessarily state or reflect those of the MD-DC-VA AFAA and shall not be used for advertising or product endorsement purposes. 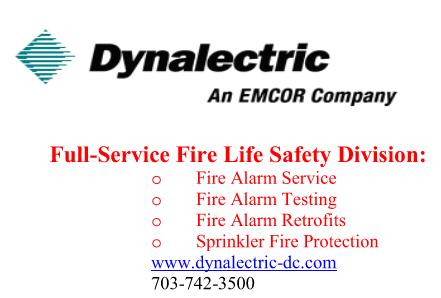